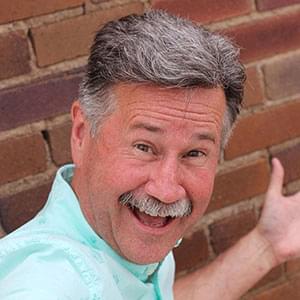 Joe is a native of Minnesota having grown up in the Twin Cities but Nebraska is his adopted home. He’s lived here longer than anywhere else. After radio stops in Hastings and Grand Island, Joe started his Lincoln radio career in 1985, and the Capital City has been home ever since (with a year and a half in Oklahoma City…but let’s not talk about that!)

Joe is one of the biggest Minnesota Vikings fans on the planet and also follows the Twins, Wild, Wolves and University of Minnesota Gophers. It’s in his blood, BUT he’s also a huge Husker fan and has had the opportunity to be at several Husker Football Bowl games and National Championship Games. Many home football Saturdays you’ll find Joe hosting or attending B107.3 tailgate parties at the Embassy Suites! Go Big Red!

Away from the radio station, he enjoys spending time with his wife and kids. Together they enjoy swimming, biking, camping, hiking and exploring our national parks! One of their biggest achievements is reaching the top of Colorado’s 14,259 ft. Long’s Peak mountain! Talk about a view!

Joe loves to play golf whenever he can and enjoys playing softball. He’s proud to be a Black Belt in Tae Kwon Do, and has been a home brewer since 1992, brewing up his own beer, root beer, and the occasional cream soda. He’s also been playing the drums since the age of 10 and recently has been learning to play acoustic guitar.

In addition to hearing Joe on the air every morning, you may have heard him endorse these businesses: Tico’s Restaurant, Lincoln Electric System, People’s City Mission, A1 Cabinets & Granite, Pearle Vision, and Culligan Water Systems.

Not Only Cats Have Hairballs…….Apparently!

Had a “News Of The Weird” story on The Morning Show today and this one is really weird. Apparently not only CATS cough up hairballs….looks like there’s a human with a hairball problem in The United Kingdom. Or she HAD a problem anyways.  Doctors have fixed it though.  Here’s the deal. A 17-year-old girl in…… END_OF_DOCUMENT_TOKEN_TO_BE_REPLACED

Well…now YOU can play the part of the FROG in a new game show set to debut later this year on NBC’s streaming service, PEACOCK!  They just announced that they are creating a “supersized physical competition series” based on the FROGGER video game. YEP…YOU are the FROG trying to get through an “epic obstacle course”…… END_OF_DOCUMENT_TOKEN_TO_BE_REPLACED

You’ve no doubt heard someone somewhere along the line say, “It’s the simple things.”  Well it turns out that during the last year as we all have suffered through the COVID-19 pandemic, a new survey tells us that most Americans turned to “The Simple Things” to help them through the tough year and the times…… END_OF_DOCUMENT_TOKEN_TO_BE_REPLACED

Hate Your Job? Need Time Off? OK…But Don’t Do This!

This poor guy may have bitten of more than he can chew, just to get a day off of work!  A 19-year-old in Coolidge, Arizona didn’t feel like going to work, so he concocted a plan….then carried out that plan to have his own version of “FERRIS BUELLER’S DAY OFF!”   Unfortunately, it backfired on him.…… END_OF_DOCUMENT_TOKEN_TO_BE_REPLACED

Snow skiing in TEXAS????? Not only are they skiing behind horses in Texas (scroll down to see the video Austin posted) but they are also skiing on the HIGHWAY!  What?  Check it out. Here’s a guy being pulled by a pickup truck on skis down the snow covered highway somewhere in Texas. See the video HERE…… END_OF_DOCUMENT_TOKEN_TO_BE_REPLACED

Know Where Your Water Shut-off Valve Is…..Just In Case!

We’ve all seen the horrible pictures and stories coming from Texas and other southern states during this cold snap, AND….right here in town we’ve had lots of pipes freezing from the -30 temperatures we had earlier this week……YOURS TRUELY included! Fortunately I know where the main water shut-off valve is in my home so I…… END_OF_DOCUMENT_TOKEN_TO_BE_REPLACED