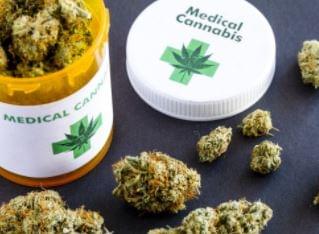 Still disappointed by last year’s decision by the Nebraska Supreme Court to remove medical cannabis from the 2020 ballot, parents of children with serious health conditions and other advocates called on Nebraska lawmakers to establish a compassionate medical cannabis program for patients and pass measures designed to improve the state’s ballot initiative process.

Crista Eggers of Gretna, whose son suffers from intractable epilepsy, collected hundreds of signatures last year for the medical marijuana ballot initiative. Eggers called on lawmakers to have compassion for families like hers:

“We collected over 196,000 signatures and did everything the right way. But in the end, the Nebraska Supreme Court just erased all of that hard work. There’s no question that voters would have approved the medical cannabis initiative, which would have helped my son and thousands of other patients who need relief in our state. If they have any conscience, our lawmakers will pass a compassionate law this session and reform what is clearly a broken ballot initiative system.”

Many other directly-affected families and patient advocates attended the press conference, including Dominic Gillen, another Nebraskan parent whose child struggles with frequent seizures. Mr. Gillen said:

“My family has been fighting for this for eight years. Last year we proved that the people of Nebraska are overwhelmingly on our side, but we were unfairly denied access to the ballot. Five justices decided voters shouldn’t be able to decide this issue, and now, just a handful of senators in this Capitol building are preventing my son from having a better quality of life. This is wrong. We need our lawmakers, who are supposed to represent us, to act now.”

In July last year, backers of the medical cannabis initiative submitted over 196,000 signatures from Nebraskans to qualify the constitutional amendment for the ballot. Secretary of State Bob Evnen certified the measure, but the Nebraska Supreme Court ruled in favor of an opponent who filed a lawsuit claiming the initiative violated the state’s single subject rule for ballot referenda.

In December 2020, the committee that supported the 2020 medical cannabis effort, Nebraskans for Medical Marijuana, filed a new petition to legalize medical cannabis through the 2022 ballot.