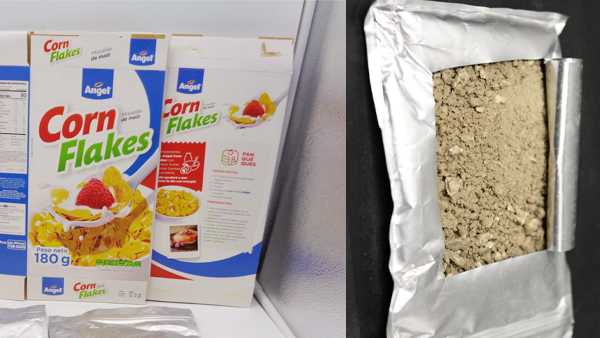 Some not so clever criminals decided to frost their flakes with cocaine instead of sugar. A shipment of cereal flew in to the Cincinnati airport from Peru last week. A drug dog went on alert around it. So they seized the cereal and found that the corn flakes were coated in a grayish substance and also cocaine; Almost 3 million dollars’ worth. It doesn’t look like it was meant to be sold in the US though. The 44 pounds of cocaine covered Frosted Flakes were to supposed to be delivered to a private residence in Hong Kong.

Just to give you an idea of the lengths smugglers will go to, last July Italian authorities found a shipment where the criminals had hallowed out individual coffee beans, stuffed each bean with a little bit of cocaine, and then sealed each bean up again.