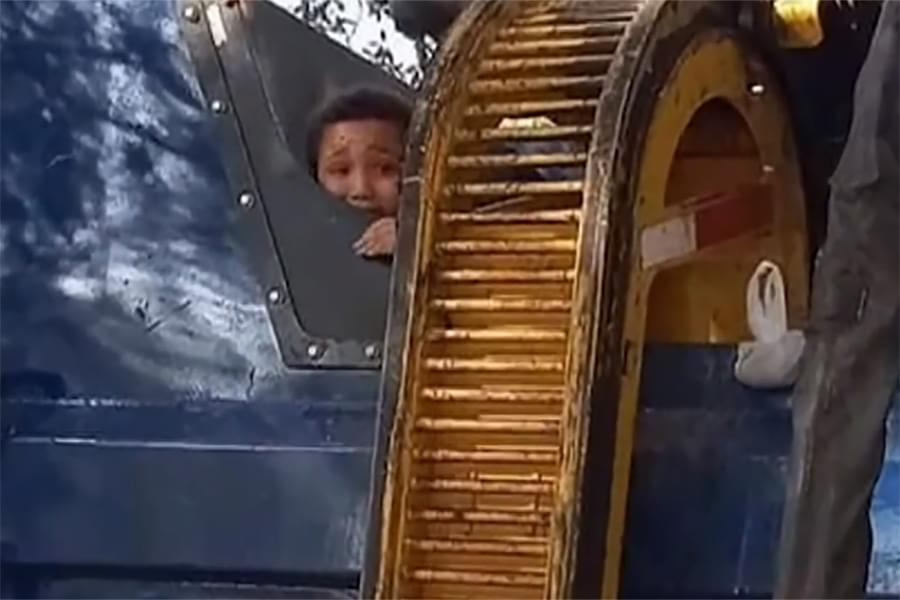 A scary situation for a 7 year old boy in Florida the other day after he climbed into a garbage can and got dumped into a garbage truck. Elias was playing and thought a garbage can would be a fun place to hide. A sanitation truck came by and scooped it up with him in it. Luckily, there’s a surveillance camera on the back of the truck which the driver was watching. He saw something out of the ordinary tumble out and immediately shut of the trucks blade. Elias knew he was in trouble when the truck picked up the trash can. After, he said, “I got picked up and thrown to where I was going to be a mashed potato.” Thankfully he wasn’t injured at all and everyone is doing fine now.

You think about the dangerous stuff you did as a kid. Some friends and I used to do crazy acrobatics on the monkey bars, literally spinning in the air and catching another bar with our legs and stuff. It ended when one of the kids missed and fractured his skull on the playground cement. They didn’t have padding back then. They did after that.