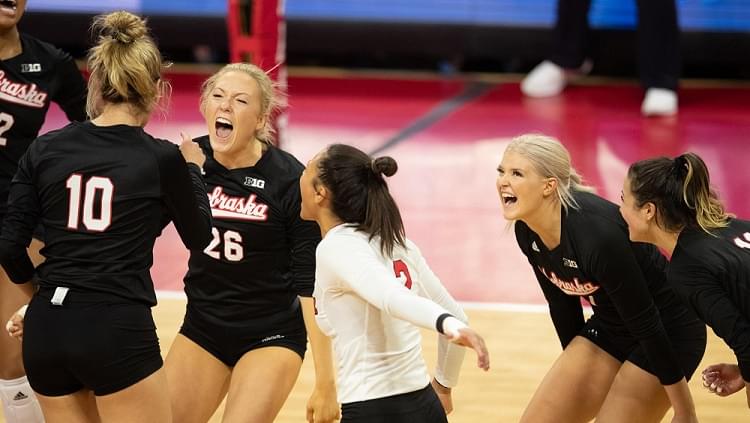 The Huskers aren’t ready for the Indy 500, but they are happy to be off the starting line in a good position.

Anyone that has let a car sit for much longer than normal and then taken it into a mechanic to get looked at knows it takes more an hour and a half to figure out what all needs fixed. Coach John Cook knows that 90 minutes into the season is just the start of the race for the No. 5 team in the country.

The fine tuning started with a closer than expected fight in Bloomington Friday.

Nebraska committed nine errors and hit just .139 in the opening set. Lexi Sun kept the Huskers just far enough ahead as she hit .714 with five kills to help Nebraska squeak by to a 25-22 win.

A better hitting percentage of .246 in the second for the Huskers, but another run of errors (7). Indiana once again kept things closer than expected, but Nebraska was too much 25-20.

For the first time on the night, Nebraska dominated a set. The Huskers raced out to a 12-8 advantage, and Indiana never got closer as the sweep was finished with a 25-17 final set. Nebraska committed just two errors in the third while hitting .480 on the set.

Cook expected there to be errors in the first match, not only because it was the season opener, but also because of the excitement after 13 months off. Nebraska finished with 15 of them to 41 kills with a .317 hitting percentage.

Sun had a match-high 11 kills and Lauren Stivrins added nine, as the two of them led Nebraska with .429 hitting.

Besides the beginning of a new season, it was the beginning of a pair of Husker careers. Junior middle blocker Kayla Caffey, a transfer from Missouri, got the start where she had six kills and three blocks. Freshman defensive specialists Keonilei Akana tied Hames with a match-high nine digs.

Nebraska and Indiana will turn around and play again at 5 p.m. Saturday.