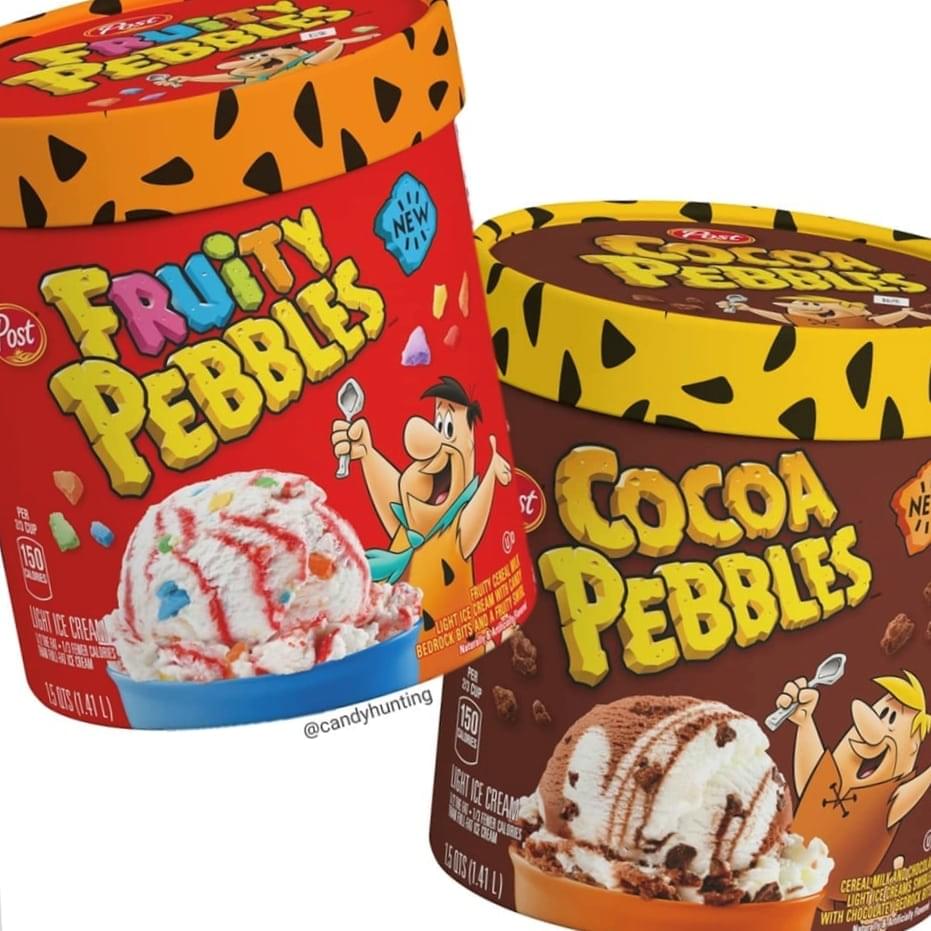 I’ve seen Fruity Pebbles ice cream macarons as well as ice cream cakes and ice cream sandwiches covered in them. But they were custom at particular shops. Post Cereal must have decided it’s time they got some of that action because they’re releasing Fruity and Cocoa Pebbles ice creams nationally. Some foodie posted pictures of them on Instagram saying they’re up on Instacart. That’s the app that will get and deliver groceries for you. However, no one seems to know where they’ll be sold or when yet. From the pictures, it looks like it’ll be vanilla ice cream with fruit or chocolate swirls along with the actual cereal mixed in. There’s already a Fruity Pebbles Duncan Hines cake kit, coffee creamer, and candy bar.