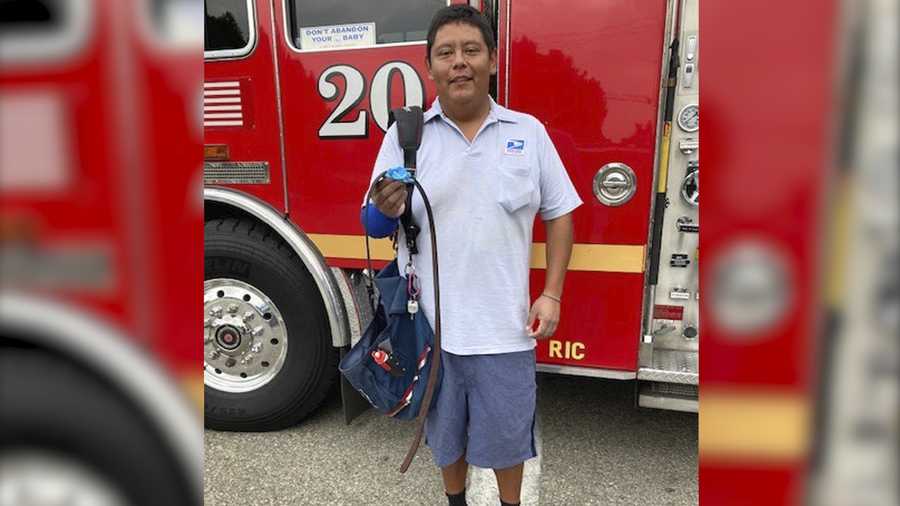 This week’s Friday Feel Good Feature is about an extraordinary man leading a simple life. Fernando Garcia is a mail carrier. Normally the scariest thing he encounters is a dog not on a leash. But, as he was delivering on his route last week in a south California town, he heard a scream coming from a nearby house. It could have been any number of dangerous situations: a kidnapping, domestic violence, robbery. None of that went through his mind. He ran towards those screams without a second thought. And good thing he did because they were coming from a 70 year old man who had accidentally slashed his own arm with a chainsaw. The damage was severe. Blood was everywhere. Time was of the essence. Fernando pulled off his belt and made a tourniquet, staying with the man until emergency help arrived. After they whisked the man away to the hospital, Fernando bought himself a new belt and shirt, then finished his mail route. Neither rain, nor sleet, nor snow, nor chainsaws…. And all that.