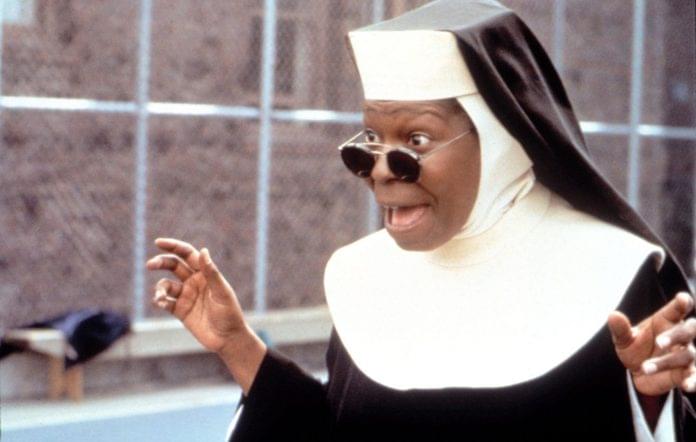 Whoopi Goldberg says that she working hard to get a Sister Act 3 movie made. The first Sister Act came out in 1992 and part 2 in 1993. Whoopi says it’s been so long, 27 years, because studios kept telling her no one wanted to see a Sister Act 3. She says now, people are really talking about it and wanting it to happen. Whoopi added that they’re trying really hard to get everyone back together for it. As to why people are more interested now, Whoopi said this, “  It’s fun and it feels good and nobody’s mad. It’s just, like, listen — bad singing, great singing, OK singing, and nuns. What’s better than that?” Amen, sister.