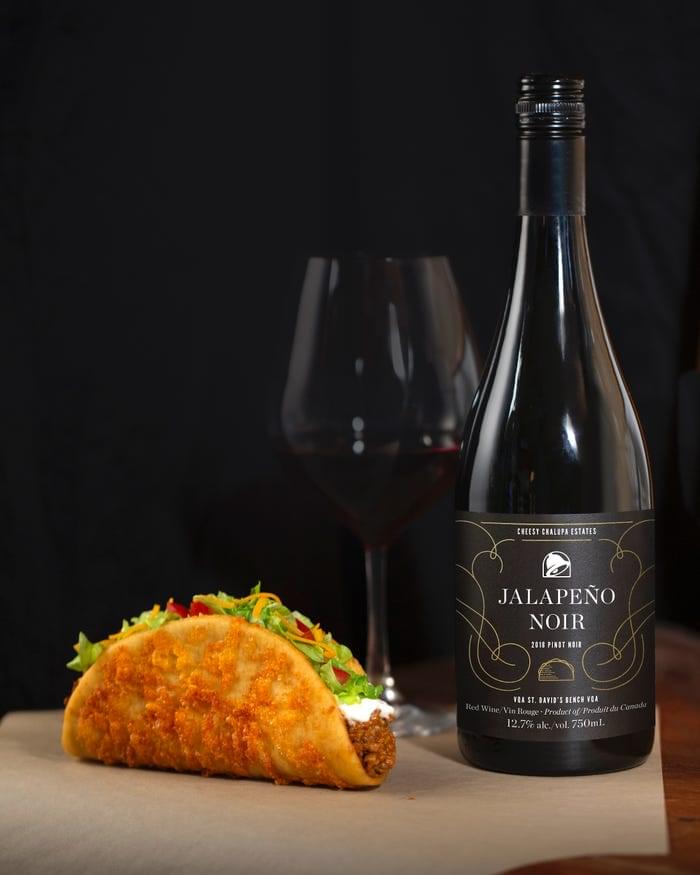 You know what would go really well with your 7-layer burrito with Flamin’ Hot Cheetos inside of it? A nice red wine. Taco Bell is releasing their own wine called Jalapeño Noir. It’s part of a promotion to go with their new cheese chalupa. So, it’s a wine and cheese thing.  You can only get it in Canada right now, but I think you can order it online at Tacobell.ca. They started selling it today. They’re not the only restaurant coming up with a crazy drink. Red Lobster and Pepsi worked up the Dew Garita. It’s a margarita made with Mountain Dew. Obviously there’s Dew and Tequila in it, but past that, they would only say that it’s a secret recipe. It rolls out in select restaurants this month, but should be nationwide by the end of the year.

I mixed bourbon with crème soda last month. It didn’t turn out so well.