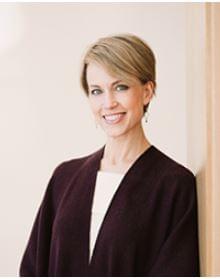 In response to public outcry for change following the murder of George Floyd by police in Minneapolis, the mayor has announced several planned steps to make Lincoln a more equitable city.

Mayor Gaylor Baird said one area of focus will be proposed changes to LPD’s use of force policies that include an explicit ban on chokeholds and strangleholds as well as more comprehensive use of force reporting.

The proposed changes can be found on LPD’s website and the public is encouraged to weigh in.

She predicts that any changes to the use of force policies will be finalized by the end of September.

The mayor also expressed a willingness to pardon certain demonstrators.

She said that, in six months, her administrations will review pardon applications for curfew violations received on May 30th and 31st.

The announcement also came with a word of warning.

“I will not grant pardons to anyone who engaged in acts of violence, destruction or physical aggression in connection to the nights in question,” said Baird

An application for a pardon can be found on the city’s website by searching keyword: pardon.

Other proposed steps include making room in the budget for more body-cameras for officers and increasing the number of seats on the Citizen-Police Advisory Board.