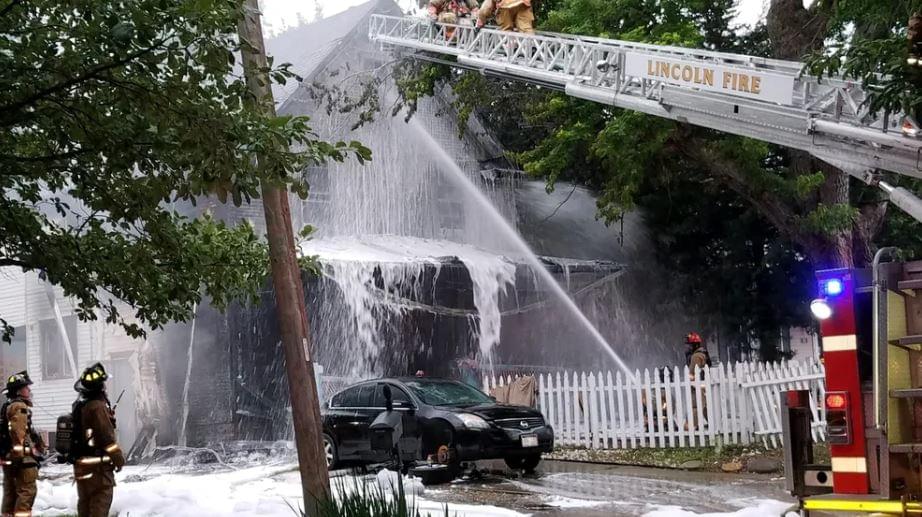 The sole occupant of a house fire extinguished earlier this morning in North Lincoln is safe, according Lincoln Fire and Rescue.

Lincoln Fire and Rescue Spokesman Nic Cunningham says the fire was fully involved when crews arrived at the building in the 1600 block of North 31st a little after 6AM Friday morning.

Cunningham says crews had to take defensive action against the blaze.

“We saved the neighboring structures for sure,” says Cunningham. ” That was our initial goal when we go defensive;  is to keep anything help from getting damaged outside the structure of origin and for that purpose we consider that a win.”

He adds fire investigators don’t yet have a cause or damage estimate.

No human injuries were reported but Cunningham says the four cats who also belonged to the residence are presumed deceased.